“I am proud of all of our drivers who participated in the Metro Bus Roadeo,” said Metro Bus CEO Ryan Daniel. “Their participation is voluntary and demonstrates their commitment to safety and strengthening their skills.”

The Bus Roadeo is a chance for drivers in both Fixed Route and Dial-a-Ride divisions to showcase their driving skills. Drivers are scored on navigating through a timed obstacle course of orange road cones, testing various real life driving scenarios. Metro Bus has held local Bus Roadeo competitions since 1986.

Because DeZurik took first at the Minnesota Statewide Bus Roadeo last year, he will travel to Detroit, Mich. next month to represent St. Cloud Metro Bus at the National Community Transit Roadeo. 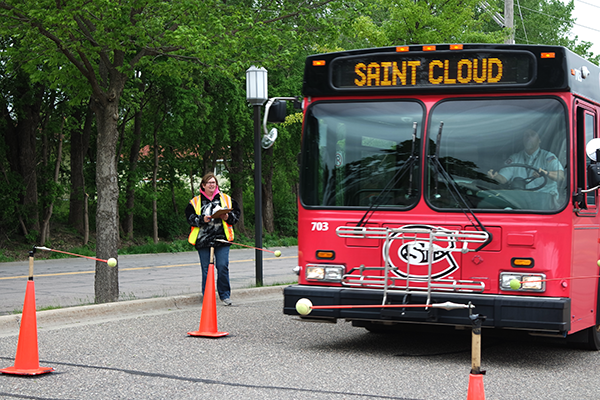 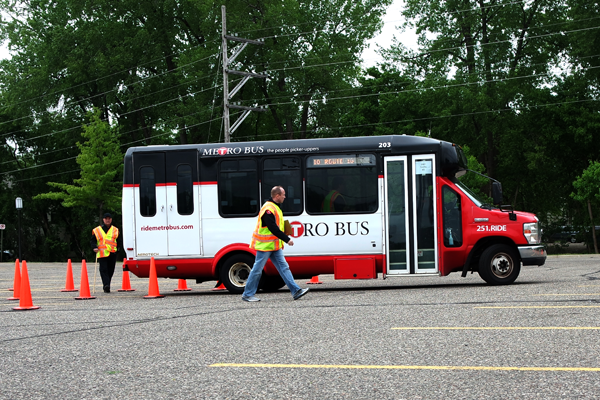 A Dial-a-Ride bus operator is navigating through the left-hand reverse course. If the bus touches a cone, points will be deducted from the overall score for each cone. Photo: Metro Bus