ST. CLOUD (6/12)17) —Todd DeZurik, who works as a Dial-a-Ride driver for Metro Bus, placed first at the 2017 National Community Transit Roadeo in the Body on Chassis division. The competition was held last weekend in Detroit, Mich. by the Community Transportation Association of America.
This year DeZurik competed against 82 other drivers and won first place by one point. This was DeZurik’s first time taking first place. The competition was tight this year with only three points between first and third place.

“We are very proud of Todd,” said Ryan Daniel, Metro Bus CEO. “He exemplifies the safe, reliable and friendly service we provide at Metro Bus.”

DeZurik has previously competed at the national level, most recently placing third in 2016 and second in 2012.

The Bus Roadeo is a chance for drivers to showcase their skills by driving through a timed obstacle course which mimics real-life driving scenarios. More information about the National Community Transit Roadeo is available at: ctaa.org. Next month four Metro Bus drivers will compete at the Minnesota Bus Roadeo competition held in Fergus Falls. More information about the state competition can be found at mpta-transit.org. 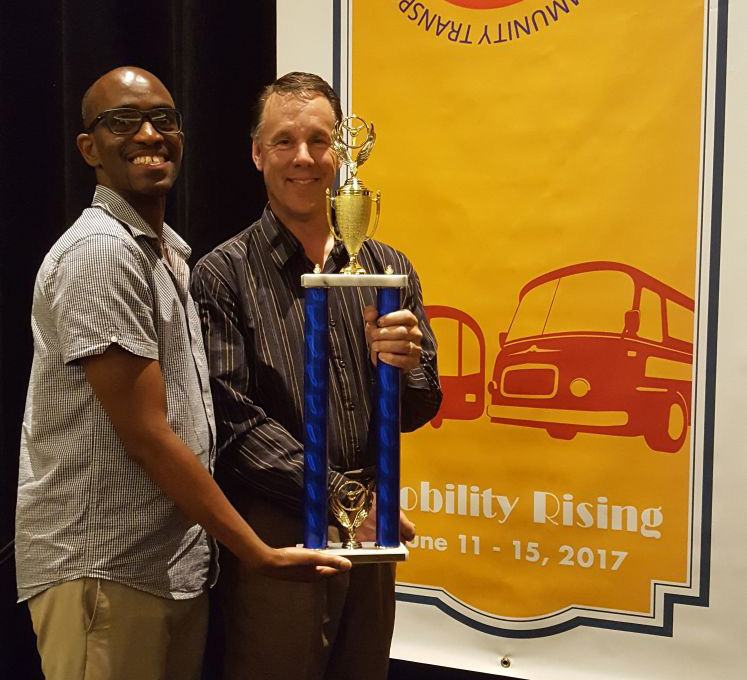